The Difference between a Bunion and Hallux Valgus 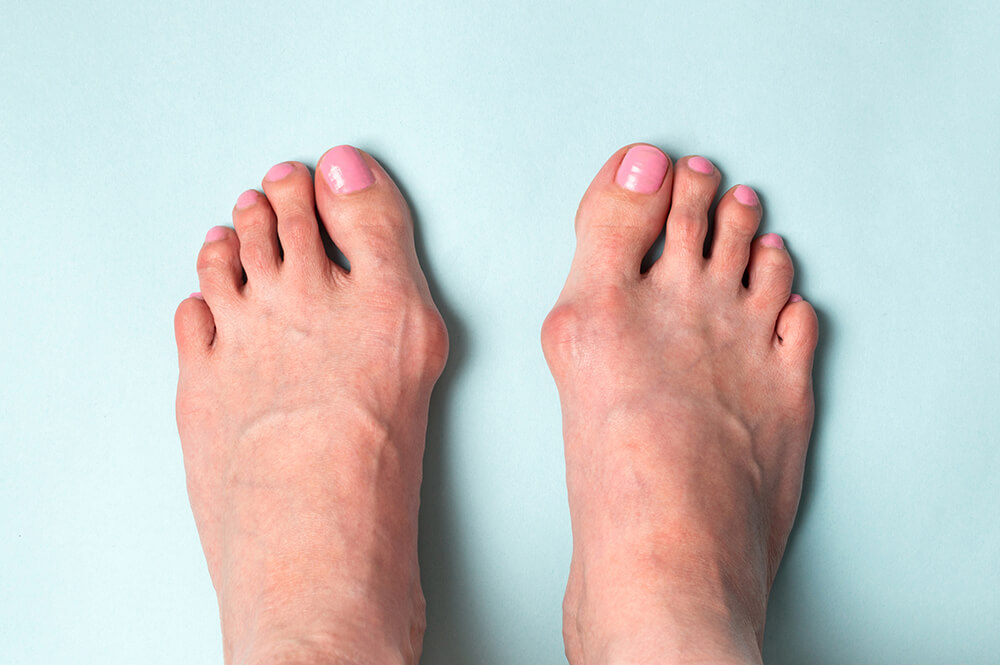 Did you know the term “Bunion” doesn’t actually refer to the crooked or angled position of the big toe? Most people don’t recognize the difference between a Bunion and Hallux Valgus, and that the latter is actually the proper term for what many call a bunion.

The term bunion is a widely used description for a deviated big toe, but isn’t actually the correct terminology. The word “valgus” is an anatomical term that describes the position of a joint, the term “hallux” refers to the great toe. Keep reading below to find out the differences between a Bunion and Hallux Valgus and how we can help treat it!

A Bunion is a bony enlargement or bump located on the side of the big toe joint or baby toe joint (bunionette). This area is often irritated and made painful by tight, poorly fitted shoes which cause pressure and friction on these areas. Often these areas become red and swollen which can be quite tender to touch. A “true” Bunion is a bony bump found on the top or side of the big toe joint, which ultimately restricts motion of the joint. It is often osteoarthritic in nature and bending of the joint typically creates pain.

This is a progressive change to the bony alignment of the big toe. It is identified by the shift of the big toe toward the smaller toes. It is often improperly identified as a Bunion, but can certainly co-exists with a bunion.

When the inside arch and the metatarsal arches of the foot collapse, or if the foot overpronates, the big toe will rotate and shift toward the second toe rather than pointing straight ahead. This abnormal motion moves the bones out of alignment. This motion alters the ability of the ligaments and muscle to properly move and support the big toe. This shift in alignment reduces the ability of the foot to balance and stabilize effectively. Progression and continued repetition of these mechanics can lead to the visible deviation of the big toe. 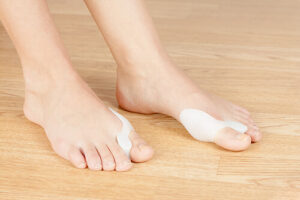 Hallux Valgus and Bunions are most often the result of poor biomechanics. In some cases, inherited anomalies such as ligament instability, and anatomical alignments can contribute to the susceptibility of developing one or both of these conditions.

Myth- Just because a family member has a “Bunion” doesn’t mean you will develop one!

Hallux valgus and Bunions can also be associated with the adopted compensations and changes to walking patterns after an injury or injuries to the hips, knees, ankles, and feet. These factors make certain individuals prone to developing these deformities.

Improper choice of footwear can exacerbate poor mechanics and will make the deformity progressively worse. Bunionettes are more often than not caused by poorly fitting shoes.

Pedorthic Treatment – How we can help